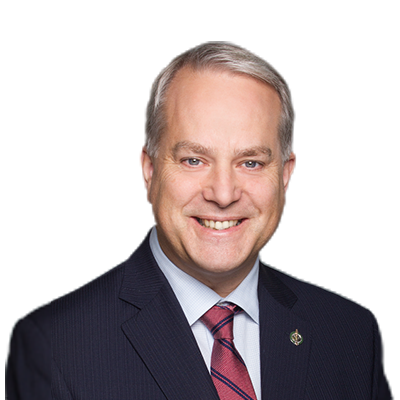 Last week, Parliament debated our Opposition Day motion to appoint a special anti-corruption committee to investigate Liberal misuse of public funds during the COVID-19 pandemic. Over the past five years, we have seen scandal after scandal from this government. From Trudeau’s use of ... Full Article

On August 18th, the Liberals announced that they would be ‘proroguing’ Parliament until September 23rd, when the government will deliver a Speech from the Throne and launch a new session of Parliament. This is supposed to be followed by a budget or economic update later in the fall. ... Full Article

Just when we thought Trudeau couldn’t possibly turn another potential Albertan energy project into a catastrophic failure, he yet again proves us wrong. Last night, Teck Frontier withdrew its application for a massive oil sands mine in Alberta just days before the federal deadline to approve ... Full Article

Another day another multi-million dollar corporate welfare hand out from the Liberal government to a multinational business. Yes, if you haven’t seen the news, the Liberals have awarded $50 million to Mastercard to “help” them build an office in Vancouver. Why are we throwing ... Full Article

Two weeks ago, Andrew Scheer released the Conservative environment plan as promised. For months we’ve been directing pointed questions to the government on how much their carbon tax will cost Canadians, why they’re using Conservative GHG reduction targets and calling them their own, and why ... Full Article

In yet another turn of events for the Prime Minister the Senate returned his beloved Bill C-69, or as industry experts call it, the “no-more-pipelines” bill, with a plethora of amendments signaling that the bill was not just ill-advised but poorly conceived. Numerous Premiers, including ... Full Article

We told you that the Liberals were getting desperate. We also told you that they’d try every trick in the book to hold onto power, and it looks like we were right. In just the last few years, the Ottawa Liberals opened the door to voter fraud with their new election bill. They manipulated the ... Full Article

The Prime Minister and Minister Freeland were patting themselves on the back last week following a Canada-US agreement to lift the 232 steel and aluminum tariffs weighing down on the Canadian import industry. Unfortunately, it’s not exactly the great victory that they’ve claimed. The US had ... Full Article

After four long years of continuous policy failures by the Ottawa Liberals, Canadians are now finding it harder to achieve one of the single biggest assets for the middle-class: home-ownership. In December of 2017, the Minister of Finance stealthily introduced a policy directive to certain ... Full Article

Did you know that for every day the Trans-Mountain Pipeline Project is delayed, the Canadian economy loses $80 million dollars in revenue? That’s over $29 billion dollars a year. In fact, in the two minutes it takes to read this article, we’ll have lost over $110,000. Since January 1st, the ... Full Article